You are here: David Zelený - Wikipages » Introduction to R for Ecologists » R constructs 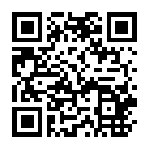 This section contains a list of “R constructs” which we will refer to in the class (e.g. how to define a function, or how to code a loop executing certain code repeatedly). 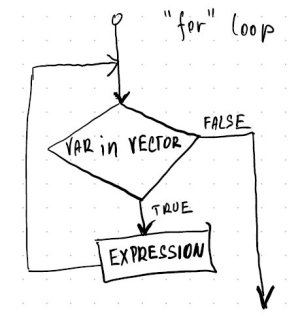 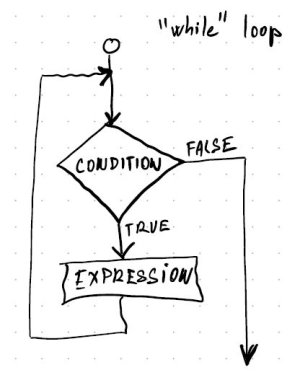 This function can be also translated as “do while the CONDITION is true”. The CONDITION needs to be a logical statement returning either TRUE or FALSE; if FALSE, the loop is interrupted and code jumps out of the loop. In case that the CONDITION does not eventually return FALSE, the looping may last forever (click ESC in that case to stop it). 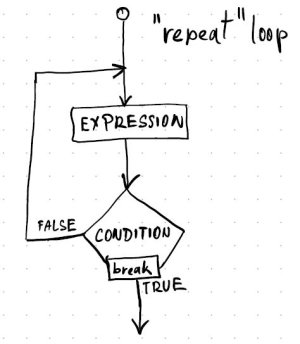 The “repeat” loop has a different logic from the previous two; it “repeats until the CONDITION is true”, after which break function needs to be called to break out of the loop. It repeats the expression at least once before it evaluates the CONDITIONS. This one is the most dangerous, because, similarly to “while” loop, it may keep repeating forever if the CONDITION does not turn TRUE.

"if" and "else" conditional function 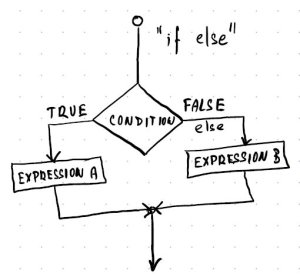 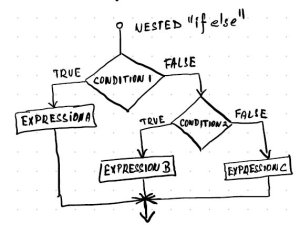 The “if else” functions can be also nested:

... where CONDITION can be a vector (or matrix) with more than one logical element - than the function “loops” through the whole vector/matrix and returns the object of the same dimension as CONDITION (dimension = the same number of elements in case of vector, or the same number of rows/columns in the case of matrix)

The function will define a new object, which has the ability to execute the statements inside its definition, while (optionally) supplying values through the arguments of the function (here e.g. ARG1). The function usually has some side effect, e.g. it does a calculation and exports an output (e.g. numerical values), or it does something else (e.g. plotting the figure).

The return function (here at the end of the function definition) exports values into the global environment. When you run the function, the function creates a temporary environment and new variables, which are not accessible from the Global Environment (so as they do not mix with those defined in the Global Environment). If you want the function to export something to the global environment, you need to return it from the function. This is done either explicitly by using return function, or by typing the name of the variable at the end of the function as if you want to print it into the console (means that instead of return (RESULT) you may type simply RESULT and it does the same thing; the difference is that return (RESULT) can theoretically be somewhere inside the script, not necessarily in the end, while if you type only the name of the variable, the function returns the one which is the last one). You can return only a single object, so if more than one object needs to be returned, wrap them e.g. into a list and return the list of objects. If return is used in the body of the function but is not at the end of the script, all lines of code after return are ignored and not executed.

Arguments can have default value, i.e. the value which will be used if the argument does not have assigned value when the function is called. For example, the function

when called, will require the value of the argument x to be defined; but if we modify the definition into

when we call it without specifying the argument, the value 64 will be used as the default one.

Function apply takes matrix or data frame as an argument X, and cuts in into slices (either by row or by column, depending on the value in argument MARGIN). The function FUN is then applied on each slice separately, and connected together into resulting vector. “Implicit” loops are doing a very similar thing as “explicit” loops (for, while, repeat), but instead of explicitly typing the whole loop, the whole command has usually very simple structure, and the looping is done implicitly. 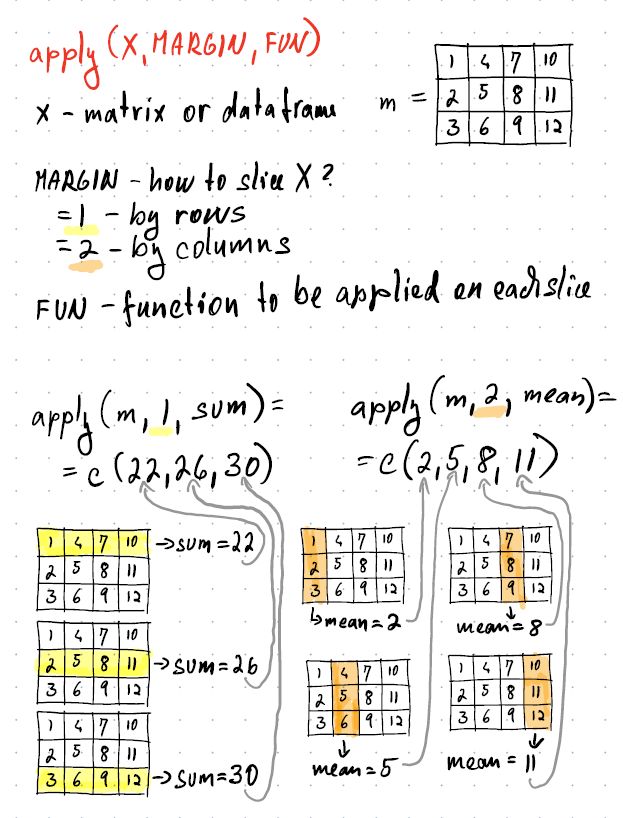 There are several other functions in *apply family. For example, lapply takes as an argument list, applies FUN on each component of the list, and returns a list of the same length as the one which was used as an argument. sapply is very similar to lapply, but it attempts to return the values in the most simple object (e.g. as a vector instead of the list). Other functions exists (vapply, mapply, tapply, rapply etc.).

Plot into a file

The logic is the following:

Plot regression line/curve into the scatterplot

Combination of lm (linear model lm (y ~ x, data)) and predict (predicts the values of x variables lying on the regression curve), and then high-level graphical function (plot, plots scatterplot) and low-level one (lines, plots the regression line). Although it may feel a bit too complicated, it is the most general option, which allows for plotting any type of fitted curve (not only linear as abline, but also non-linear).

Note: the function predict, if without argument newdata, will return the vector of predicted values for all values in variable x in the model. This may not always be useful, especially if the values in x are not sorted from lowest to highest, and we want to plot the curve (will produce the scatter of lines instead). Also, make sure that the values going to newdata argument of predict function is a list, containing the variable with exactly the same name as in the regression model (X in the example above), otherwise it won't work (it will behave as if the newdata argument is not supplied, without any warning).

The abline solution may seem as the simplest, but it is the least general - it plots only linear regression line (no non-linear shape), and it plots the curve always across the whole figure space, not only across the span of the data points. This may sometimes be fine, sometimes not, depends.

Linear regression (lm function in R) is the relationship between a dependent (Y) and explanatory (X) variable, fitted by the least square algorithm. The effect size (how good is the fit) of the regression is the r2 (coefficient of determination, see the definition on Wikipedia), expressing the amount of total variation in the dependent variable explained by given explanatory variable. This explained variation can be tested by parametric test (F-test in case of linear regression), or by permutation test (Monte Carlo permutation test, detailed here). Parametric test (F-test) uses the results of regression and calculates F-value, which together with given number degrees of freedom allows to lookup appropriate P-value (level of significance). The limitation of the parametric test is that it applies only for a situation that Y for each X has a normal distribution, which is often not the case. Alternatively, one can calculate significance using Monte Carlo permutation test. In this test, we create data for which the null hypothesis (“no relationship between X and Y”) is true, by permitting one of the variable, and thus breaking any relationship which may exist between these two variables. From such variables (one original and one permuted) we then calculate regression and the F-value (or r2 or other test statistics). If this permutation is replicated many times (e.g. 999 times, i.e. the number of permutations), we get a reasonable estimation of the test statistic (let's talk about F-value here, but we could as well use e.g. r2) in case that the null hypothesis is true (i.e. the variables are random, without relationship). We can compare this distribution with the real F-value (from regression based on the real data without randomization) and calculate the probability that the observed F-value originates from the distribution of F-values representing the null hypothesis. If this probability (P-value) is low enough (e.g. P < 0.05), we can reasonably assume that the null hypothesis (of no relationship) can be rejected.